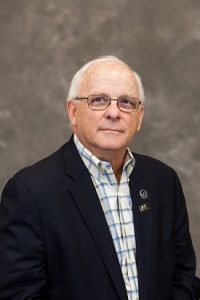 Dr. Brock has 36 years of toxicological experience and provides pharmacology and toxicology consulting advice for the pharmaceutical, chemical, and consumer product industries.  He is an adjunct assistant professor in the School of Pharmacy, UNC-Chapel Hill where he mentors and directs graduate student research into the mechanisms of drug-induced liver toxicity.  He has served with several national and international toxicology organizations including the NTP, HESI, ASHRAE, WEEL and has served an expert reviewer of novel excipients for IPEC.  He has been an invited speaker for the Committee on Toxicology, the National Research Council, IPEC, DIA and others.

Dr. Brock has authored and co-authored more than 50 peer-reviewed publications and several books and book chapters.  Dr. Brock has co-chaired the Advanced Comprehensive Toxicology course since its inception in 2014 and the Study Director Training courses in India and China since 2010, both sponsored by the ACT.  He also has been an organizer and presenter in numerous SOT and ACT symposia and CE courses.  He has served on ACT Council, and on the Membership, Nomination, Continuing Education, Program, Endowment and Awards Committees and has served on the Finance, Program and CRAD Committees for SOT.  Dr. Brock was the 2017 recipient of ACT’s Service Award.

Dr. Brock is a Diplomate of the American Board of Toxicology (1987) and a Fellow of the Academy of Toxicological Sciences (2004) and has served as a board member and President for both organizations.  He is on the editorial board for the International Journal of Toxicology and has been a reviewer for other main-stream toxicology journals.  He is a member of the ACT, SOT, RTC and DIA.