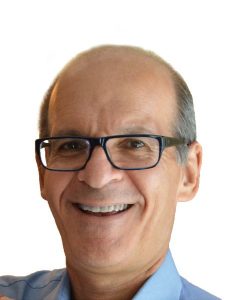 Dr. Aschner received his PhD from the University of Rochester, School of Medicine. He is the Harold and Muriel Block Chair and Professor at Albert Einstein ge of Medicine. He has served on numerous national and international toxicology panels (Institute of Medicine, US Environmental Protection Agency, Center for Disease Control), served and chaired the Neurotoxicology and Alcohol (NAL) National Institutes of Health Study Section, and authored approximately 650 peer-reviewed manuscripts and chapters in the area of neurotoxicology. He serves as Editor (NeuroMetals) and Associate Editor (Neurotoxicology; Toxicological Science; Neurochemistry Research; Biology Trace Elements Research; Toxicological Sciences) and on several other editorial boards. He is a member of the Society of Toxicology (since 1986), Society for Neuroscience, a Fellow of the Academy of Toxicological Sciences, and a Past President of the International Neurotoxicology Association. In 2011, he was the recipient of the Society of Toxicology Merit Award, and in 2013 he was elected as Fellow of the American Association for the Advancement of Science (AAAS). He presently also serves as President of the International Society of Trace Elements Research in Humans. Dr. Aschner directed several large research programs including a P30 (center grant in Molecular Toxicology), the MHRP (Manganese Health Research Program, supported by the Department of Defense), and a T32 Training Grant in Molecular Toxicology.