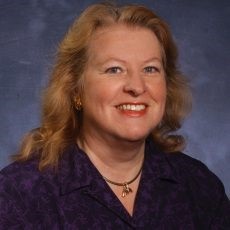 Dr. Monteiro-Riviere is University Distinguished Professor Emeritus and former Director of the Nanotechnology Innovation Center of Kansas State. She is Emeritus Professor of Investigative Dermatology and Toxicology at NCSU and Professor in the Joint Department of Biomedical Engineering at UNC-Chapel Hill/NCSU and Research Adjunct Professor of Dermatology, at UNC School of Medicine. She did a postdoctoral fellowship in toxicology at the Chemical Industry Institute of Toxicology in RTP, NC. She is a Past-President of the Dermal and In Vitro Specialty Sections of SOT and elected to several SOT committees and selected to present at the SOT Eminent Toxicologist lecture series in March 2016. Dr. Monteiro-Riviere was elected to the ATS Board of Directors and serves on the SOT Endowment Fund Board. She was recipient of the Purdue University Inaugural Distinguished Women Scholars Award, KSU Woman of Distinction, and elected to attend the National Academy of Sciences Keck Futures Initiative. She is Associate Editor for two and serves on six other editorial boards of toxicology journals; as well as on several national (NRC) and international (EU) expert review panels. She was on Thomson Reuters’s 2014 list of the top 1% most highly cited researchers in pharmacology and toxicology. She published 312 manuscripts in skin toxicology and nanotoxicology and is Editor of three books: “Nanotoxicology Characterization and Dosing and Health Effects”, “Toxicology of the Skin-Target Organ Series” and “Nanotoxicology: Progress toward Nanomedicine”. Current research interests involve in vivo and in vitro studies of skin absorption, and chemical and nanomaterial penetration and toxicity.