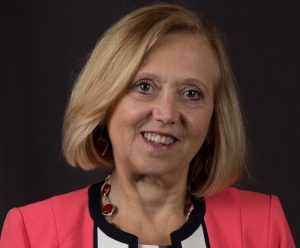 Dr. Olivero obtained her PhD in cytogenetics in Argentina and subsequently joined the National Cancer Institute (NCI) where she has worked since 1987. Dr. Olivero’s research focuses on transplacental carcinogenesis induced by the nucleoside analogs used in AIDS therapy. Her pioneer work showed that the nucleoside analog used in the earliest AIDS therapy was a transplacental carcinogen in mice. She is the author and co-author of more than 75 scientific articles, more than 180 submissions to conferences, book chapters and a book.

She has been the reviewer of the Office of Women’s Health, US Food and Drug Administration, and the National Toxicology Program, Chair of the Executive Board of the Genetic Toxicology Association, Past President of the Environmental Mutagenesis and Genomics Society, Past President of the Hispanic Organization of Toxicologists, Vice chair of the Association of Women in Science and Councilor of the Society of Toxicology.

Dr. Olivero received many awards among those the Leading Diversity Award given by the NCI Director in appreciation of efforts furthering diversity and equal employment opportunity. She has received a Mentor award from AWIS in the year 2013 because of her commitment to mentoring young minority females, a mentoring award from the National Cancer Institute in 2016 and a recent “Game-Changer” award from the office of Equality Diversity and Inclusion from NIH. She is currently the Chief of the Diversity Intramural Workforce Branch and is leading the efforts of NCI to increase diversity in the workforce.